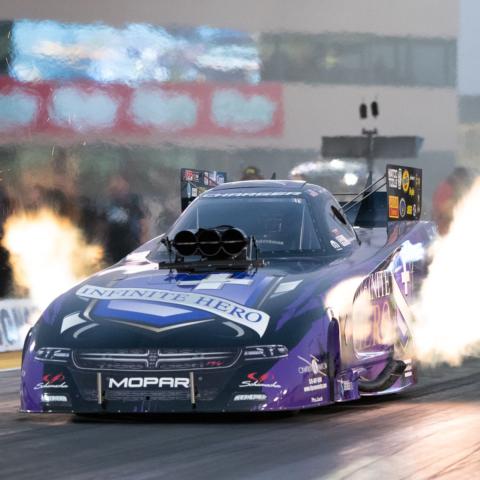 The Sonoma Valley will shake with high-horsepower action during back-to-back weekends of drag racing during the NHRA Division 7 Drag Races, presented by Korbel (July 18-21) and the 32nd annual NHRA Sonoma Nationals, July 26-28.

The NHRA Division 7 Drag Races, presented by Korbel, will set the stage for tire-burning action as the NHRA Lucas Oil Drag Racing Series returns to Sonoma. Nearly 500 sportsman racers will vie for top titles in their respective classes at doubleheader events; the first will span Thursday-Friday, with the second event on Saturday and Sunday. In addition, Top Alcohol Dragster and Funny Car classes will return to Sonoma for the first time in over a decade.

Fans are invited to celebrate Sonoma Raceway's 50th anniversary at the NHRA Sonoma Nationals with a walk down memory lane at the Nostalgia Get-Together. History will continue to be made at this year's event as the likes of John Force, JR Todd, Ron Capps, Antron Brown and Robert Hight look to have their names etched in the Sonoma record books alongside the likes of Don Prudhomme, Ed "The Ace" McCulloch and Warren Johnson.

New for this year, Friday night Prime Time qualifying will feature an exhilarating pyro spectacle that will light up the drag strip during the second round of nitro qualifying, July 26. The evening will also feature the Red Bucket Brigade sponsored by First Republic Bank benefitting local youth groups through the Sonoma chapter of Speedway Children's Charities (SCC).

To purchase tickets for these high-horsepower weekends in Sonoma, call 800-870-7223 or visit www.sonomaraceway.com. Race fans looking for a great deal on NHRA Sonoma Nationals tickets need look no further than their local O'Reilly Auto Parts dealer. The exclusive in-store offer includes a reserved ticket for either Friday, Saturday OR Sunday ticket for the NHRA Sonoma Nationals at one low price of only $49. Tickets for the NHRA Division 7 event range from $10-$20 each day. Parking is free.