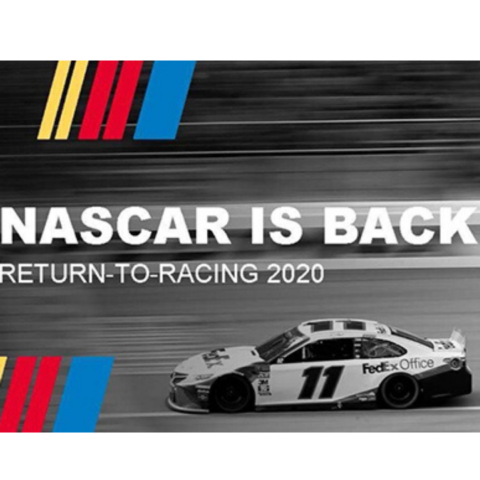 NASCAR initially announced it's return to racing on May 17, which kicked off a full slate of races for the NASCAR Cup Series, NASCAR Xfinity Series, NASCAR Gander RV & Outdoors Truck Series, and ARCA Menards Series.

The NASCAR Playoffs schedule will be announced at a later date. The remainder of the 2020 NASCAR regular season and Playoffs are posted below. (Note: Playoff opening races are in bold type.):