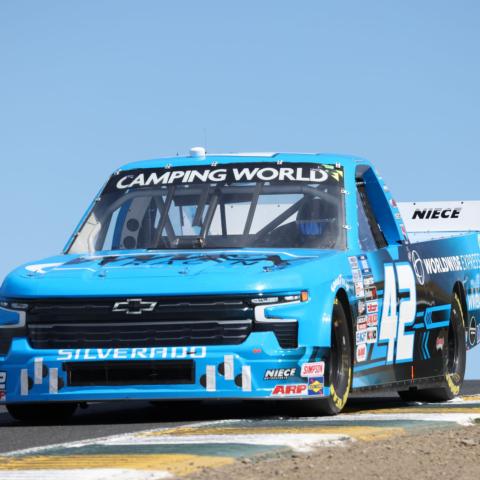 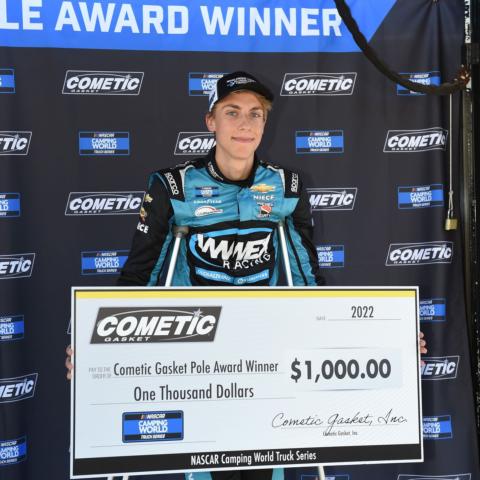 Carson Hocevar proved that speed can be the best medicine as he raced to his first career pole position in the NASCAR Camping World Truck Series Saturday morning at Sonoma Raceway despite an injury to his right leg.

Claiming the pole turned out to be bittersweet for Hocevar, however, as he suffered a spin going into turn 10 on his final lap of qualifying and made contact the wall. His truck received heavy damage to the left rear. He is expected to go to a backup truck for the race and will have to start at the rear of the field when the green flag drops for the DoorDash 250 at 4:30 p.m. PT.

Hocevar told FOX reporters that his injured leg didn’t cause the spin and he didn’t aggravate it during the incident.

If Hocevar goes to a backup truck, NASCAR Cup regulars Ross Chastain and Kyle Busch will start the race from the front row for the 75-lap race around the challenging 10-turn, 1.99-mile road course. It is the first Camping World Truck Series race at Sonoma since 1998.

Hocevar, who broke his right tibia in a crash last week in St. Louis, was cleared by NASCAR officials to race yesterday afternoon. He braced his tibia to his right ankle to get as comfortable as possible in the cockpit and drove to a speed of 191.135 mph in his Niece Motorsports Chevy Silverado to score the first pole position of his career.