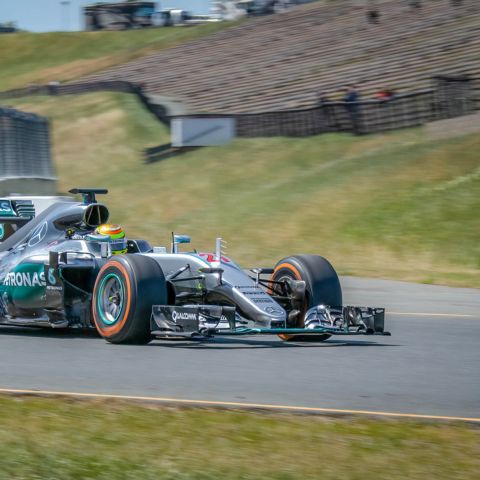 Velocity Invitational, a world-class motorsports and lifestyle event, today announces that it will return to its roots in 2023 at Sonoma Raceway. Known for its impressive lineup of curated cars from the highest echelons of racing and manufacturers in family-friendly, but luxurious ambience, the three-day event is a must-attend for racing and automotive enthusiasts alike. McLaren is set to return as a featured partner in the year marking its 60th anniversary, and will be bringing some of the most spectacular cars from its heritage collection to the event.

Velocity Invitational, celebrating its fourth year, will bring the rarest race cars on earth, including  demonstrations of the greatest Formula 1 cars ever created. The 2022 Velocity Invitational took place in October and more than 15,000 attended the event throughout the extended weekend along with a live stream being shared with over 600,000 followers across YouTube (syndicated by Goodwood Road & Racing) and other streaming platforms. Highlights included hundreds of iconic racecars, including some of the most winning from McLaren’s racing history. Mario Andretti, one of the most successful drivers in the history of motorsports, attended the event, where he piloted a 2013 McLaren MP4/28A around the track. Also in attendance were IndyCar stars Pato O’Ward and F1 driver Mika Häkkinen, and racecar drivers Alister McRae and Tanner Foust.

Not only does the event offer an upscale atmosphere in beautiful surroundings, the racing focuses on showing these rare and historic automobiles in the context of their intended purpose – competing on track. There’s no shortage of action with competitions specifically curated to honor classic racing rivalries and spark new ones. The 2023 event at Sonoma Raceway is scheduled to host Velocity Invitational favorites, including competitive vintage group racing, Mustangs Vs. Minis Enduro, modern hypercar demonstrations, current and former racecar drivers, and more, all in a family friendly atmosphere featuring the best food and wine of the region.

“Velocity Invitational is thrilled to return to Sonoma Raceway for 2023,” said event founder Jeff O’Neill. “This is the only event in the world that combines the best in food, wine, and motorsports at this level. We are amazed by the support and excitement from the community in helping us make this one of the most anticipated events of the year for enthusiasts. 2023 promises to be the best Velocity Invitational yet.”

Zak Brown, CEO of McLaren Racing, said: "Velocity is one of the real highlights in the motorsport calendar and in 2023 McLaren will be bringing some of the most spectacular and historic vehicles in the world from our heritage collection along to mark our 60th anniversary, so this one is not to be missed."

Tickets and information for the November 10-12, 2023, Velocity Invitational event at Sonoma Raceway will be available online at velocityinvitational.com