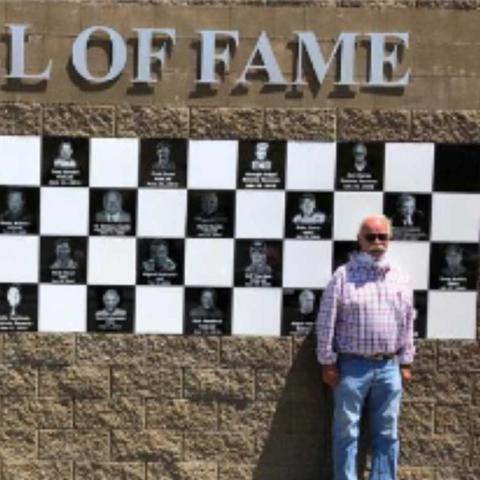 Long-time Sonoma Raceway executive Jere Starks, who oversaw the physical transformation of the raceway into one of the nation’s premier motorsports venues, has been inducted into the Sonoma Raceway Wall of Fame.

Starks first came to the facility as a construction contractor in the early 1990s, and recently concluded his 26-year career at the raceway.

Since joining then-Sears Point Raceway full time in 1994, Starks' accomplishments included oversight of the $90 million modernization of the facility from 1999-2002. The massive project included moving nearly 10 million cubic yards of dirt to create hillside terrace seats at Turns 2, 3, 4, 7 and 9, roads for better internal traffic circulation, expanded viewing areas, underground pedestrian tunnels and the separation of the road course from the drag strip, as well as the construction of competitor garages, permanent restrooms, the start/finish grandstand and the extension of pit road.

Starks spent the duration of his career managing the maintenance of Sonoma Raceway’s 1,600-acre property and facility preparation for annual visits from the NASCAR Cup Series and NHRA Mello Yello Drag Racing Series, among others. He also managed annual capital improvement projects, including the construction of The Point in 2019, the Real Strong Humboldt Redwood Deck above Turn 2 and Grill Garden shaded terraces at Turns 2 and 9.

Starks' career also involved ushering the facility through a number of natural disasters, including the 6.0-magnitude South Napa earthquake in 2014, as well as the Sonoma County fires in 2017. Starks, an avid motorcycle rider, worked to continuously improve on-track safety, including redesigned portions of the track at Turns 1, 10 and 11, the addition of more than 100 pieces catchfence and increased run-off around the circuit.

Starks was involved in many of the raceway’s charitable and community efforts, including Speedway Children’s Charities and the annual Motorcycle Food Drive Ride. He helped found 3J’s Motorcycle Track Days and raised more than $506,000 for worthy causes over 23 charity track days. In addition, he is a member of the Teen Services Sonoma Board of Directors.

“Jere Starks’ DNA is in every square inch of this facility,” said Sonoma Raceway President and General Manager Steve Page. “I was fortunate to work alongside him for nearly three decades and to benefit from his experience and wisdom as we re-imagined the raceway and all of its modern features.  There is no one more deserving of this honor.”

Starks’ likeness has been engraved onto the raceway’s Wall of Fame, which is located on the back of the Main Grandstand in the main paddock. He is the 26th member of the raceway’s Wall of Fame, joining fellow Speedway Motorsports and raceway inductees, including O. Bruton Smith (2006), Joe W. Huffaker (2007), John Cardinale (2013), Georgia Seipel (2018) and raceway founder Robert Marshall (2019).

“I’m overwhelmed at the honor of being on the Sonoma Raceway Wall of Fame with so many others who are on there for some compelling reason,” said Starks. “It wasn’t an individual effort, it was a group effort. That wall will be there forever, and it’s a total honor.“