135 Entries on tap for SRO America Opener at Sonoma 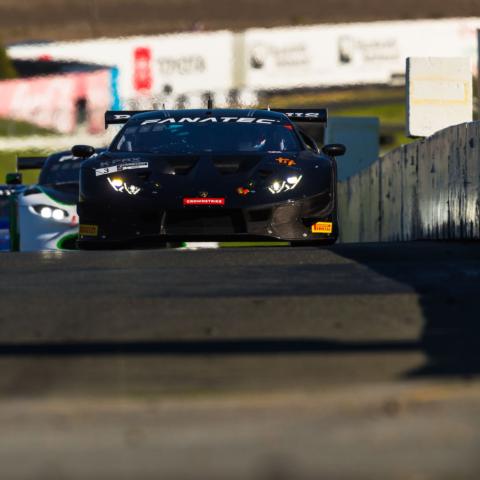 Sonoma Raceway is set to play host to the best in GT and Touring Car racing on April 15-17. With 135 entries entered into the event, the 12-turn circuit set against the hills of California’s wine country will come to life with the roar of supercars on Easter weekend in Sonoma.

“We can’t wait to return to a track loved by both racers and fans,” said Greg Gill, SRO America president. “Due to COVID restrictions our 2020 and 2021 Sonoma races were run with no spectators, so this could also be considered a fan appreciation weekend. Since it’s Easter weekend, we’ll have plenty of Easter activities for families to enjoy on Sunday.”

Sonoma is not just a world class road racing facility, it is home to multiple SRO teams including K-PAX Racing, Flying Lizard Motorsports, Stephen Cameron Racing, and The Racers Group (TRG). Each one will be seeking to exploit their home track advantage.

Ticket prices start at just $10 for Friday tickets, and a three-day pass is just $40. Kids 12 and under and parking are free of charge. Tickets can be purchased online, or at the gate.

Every general admission ticket includes paddock access. This is a fan friendly paddock. Ask questions of the crew members. Ask drivers for autographs. Ask the Skip Barber folks how you can get on-track.

Local car clubs have been invited to use this weekend to cheer on their brand of choice as a group activity. Who will dominate the Sonoma Raceway parking lot? Will it be the local Porsche Club? BMW? The rapidly growing Hyundai N Line Community? The amazing collection of cars from EuroSunday?

A limited number of camping spaces are available directly from the track. Please call Sonoma Raceway directly at 800-870-7223 for availability.

The multiple series managed by the SRO Motorsports America umbrella can trace their origins to GT & Touring Car Championships launched in the 1980’s. Many fans remember the series under previous names of SPEED World Challenge, and Pirelli World Challenge. Pirelli has been the exclusive tire provider to the series since 2011.

The remaining 2022 SRO race schedule beyond Sonoma is as follows:

All races are streamed live and archived for on-demand viewing at https://www.youtube.com/gtworld