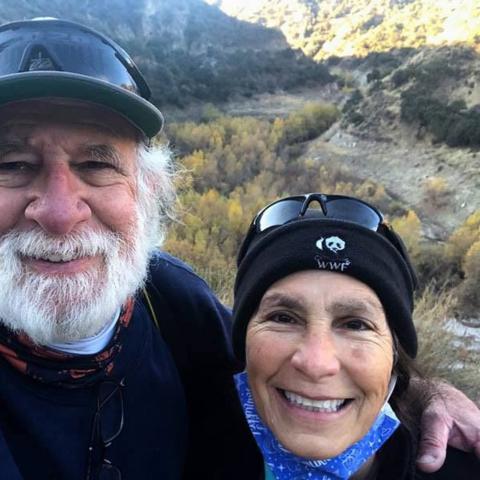 Sonoma Raceway teamed up with No Stomach For Cancer for the 11th annual John’s March Against Stomach Cancer on Saturday, Jan. 22, with the popular event being held virtually once again for 2022.

The fundraiser generated more than $27,000 for No Stomach For Cancer, bringing the event’s 11-year total to more than $180,000 raised for gastric cancer research and awareness.

John’s March remains the only major fundraiser for No Stomach For Cancer on the west coast, typically a fun-filled walk/run around the raceway’s 12-turn road course. However, due to COVID-19 restrictions and precautions, the raceway and No Stomach For Cancer created a virtual option last year for 2021 that allowed supporters to participate from any location. The event was founded and named in honor of longtime raceway spokesperson John Cardinale, who passed away in 2013 after a two-year battle with stomach cancer.

I’ve heard amazing things about our John’s March fundraiser even before I started,” said Sonoma Raceway EVP/General Manager Jill Gregory. “This fundraiser continues to be a home run in bringing awareness, treatment, and support for stomach cancer patients worldwide, and we can't wait to bring it back in person hopefully next year.”

No Stomach For Cancer increases awareness and education about stomach cancer, provides a support network for affected families and supports research efforts for screening, early detection, treatment, and prevention. Stomach cancer is the fifth most common cancer type worldwide, with more than 1.03 million new cases each year, and the second leading cause of cancer deaths.

Donations can still be made in honor of John’s March HERE.