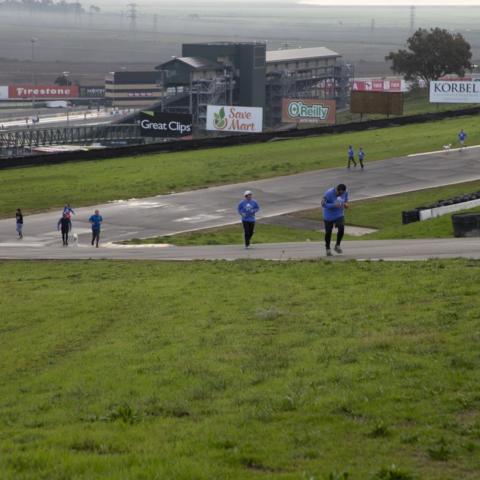 Sonoma Raceway will team up with No Stomach For Cancer for the 10th annual John’s March Against Stomach Cancer on Saturday, Jan.9, but the popular event will take a virtual turn for 2021.

John’s March, the only major fundraiser for No Stomach For Cancer on the west coast, is typically a fun-filled walk/run around the raceway’s 12-turn road course. However, due to COVID-19 restrictions and precautions, the raceway and No Stomach For Cancer have created a virtual option for 2021 that will allow supporters to participate wherever they are.

In its nine-year history, John’s March has raised more than $145,000 for stomach cancer research and awareness. The event was founded and named in honor of longtime raceway spokesperson John Cardinale, who passed away in 2013 after a two-year battle with stomach cancer.

Participants and donors are encouraged to raise awareness and increase their impact by registering and creating a team page at www.crowdrise.com/johns-march. Registration is $40 per person; participants will receive a custom John’s March face mask, plus a No Stomach for Cancer lapel pin and bracelet by mail.

Participants can also post pictures of themselves completing their virtual John’s March, as well as images of loved ones affected by gastric cancer, on the John’s March Facebook event page at https://fb.me/e/1SElETj0N.

No Stomach For Cancer is a non-profit organization that works to increase awareness and education about stomach cancer, provide a support network for affected families, and support research efforts for screening, early detection, treatment, and prevention. Stomach cancer is the fifth most common cancer type worldwide, with more than 1.03 million new cases each year, and the second leading cause of cancer deaths.