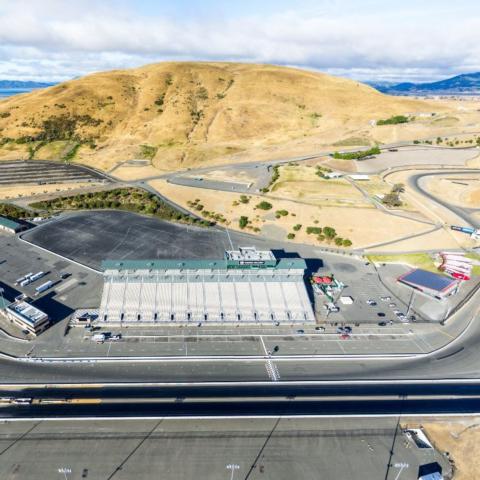 After nearly a month break, the Pro Stock class returns to action at this weekend’s NHRA Sonoma Nationals at Sonoma Raceway and that has Dallas Glenn excited. The promising rookie will make his debut at the fan-favorite facility, looking to build on what’s already been a standout year for the first-year Pro Stock driver and return to a track where he raced at in the sportsman classes more than a decade ago.

Glenn has already shown his potential, winning in Charlotte in just his fourth career Pro Stock race. It was a great start for Glenn in his RAD Torque Systems Chevrolet Camaro, but he is hopeful more success is coming in a loaded Pro Stock class. Currently seventh in points, the impressive NHRA Camping World Drag Racing Series newcomer is eager to make his Pro Stock debut at a track that should allow for impressive runs in front of a massive, energetic crowd this weekend.

Billy Torrence (Top Fuel), Robert Hight (Funny Car), Greg Anderson (Pro Stock) and Andrew Hines (Pro Stock Motorcycle) were the 2019 winners of an event that will be televised on FOX, including live final eliminations coverage starting at4:00 p.m. ET on Sunday. It is the ninth race of the 2021 NHRA Camping World Drag Racing Series season and after the class didn’t race in Denver, the teams in Pro Stock are anxious to put on a show on what should be fast conditions in Sonoma.

Glenn and the KB Racing team put in plenty of work during the brief gap between races, looking to continue the early season momentum. Glenn has watched veteran Greg Anderson race to the points lead and he remains a win away from tying Warren Johnson for the most wins in Pro Stock history. But there’s a number of other top competitors as well, including defending world champ Erica Enders, Matt Hartford, Troy Coughlin Jr., Aaron Stanfield and Deric Kramer, so Glenn knows he needs to be on his game this weekend.

“We made some good progress in a lot of areas the last few weeks, so we’re definitely ready for Sonoma,” Glenn said. “I feel like we’re in a pretty good spot, and I’m so much more comfortable in the car and able to focus on the things I need to focus on. We’re real close to where we need to be and we just need to keep making good runs. Our guys have a lot of trust in this car.”

In Pro Stock Motorcycle, Eddie Krawiec is after his first victory of the 2021 campaign on his Vance & Hines Buell. It’s a new bike for Krawiec and his longtime teammate, Hines, but Krawiec has made consistent progress, including a runner-up finish in Denver to points leader and defending world champ Matt Smith. He’s also set huge career-bests for speed, making a number of 200-mph runs this year, which could bode well for his performance at Sonoma Raceway.

Krawiec is also a three-time winner at the track and it’s always been a place he has enjoyed. After missing the first two races of the Pro Stock Motorcycle season, Krawiec’s goal is to get into the top five by the time the Countdown to the Championship arrives, which has him motivated for a big finish in Sonoma. To do so, he’ll have to race past top performers like Matt Smith, Angie Smith, Scotty Pollacheck, Ryan Oehler, Angelle Sampey, Karen Stoffer and Joey Gladstone.

“Sonoma has always been one of my favorite tracks and it’s always been a great place for me,” Krawiec said. “I’m going there with the intention of winning. It’s going to be fast and that’s awesome as well. We’ve been making headway and getting our program better, and I know we’ll run really well at sea level. I’m excited to get to Sonoma and I’m confident in the stuff we have. I think we’ll run well and I think we’re in a great position to have a really good weekend.”

Three-time defending Top Fuel world champ Steve Torrence has been on torrid pace of late and will look to win his fifth race in the past six events this year. Doing so would put him a step closer to sweeping the Western Swing, but he’ll be challenged by top drivers like three-time world champ Antron Brown, Doug Kalitta, Justin Ashley, Leah Pruett, Clay Millican and former world champ Brittany Force.

In Funny Car, Hight will look to make three straight wins at the facility. He’s one of six different Funny Car winners in 2021, which means there will be plenty of top challengers in Sonoma, including points leader Bob Tasca III, John Force, Cruz Pedregon, J.R. Todd, who has won in both Top Fuel and Funny Car at the track, Tim Wilkerson, Alexis DeJoria, Denver winner Matt Hagan and Ron Capps.