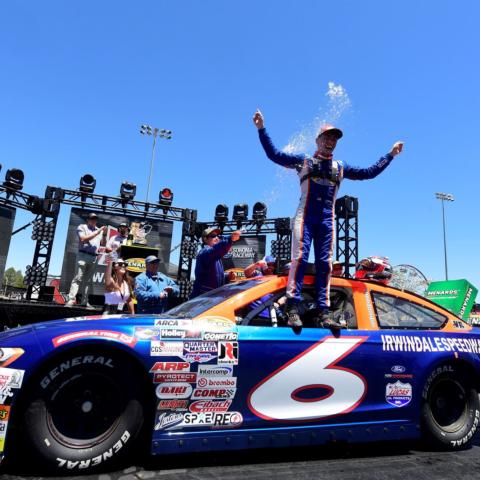 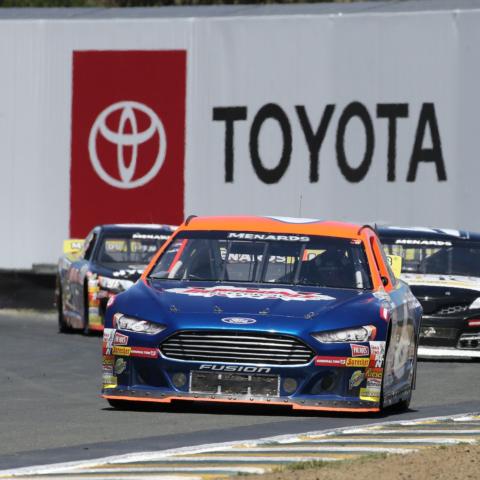 Drew, from Fullerton, Calif., was declared the winner due to time constraints with eight laps to go in the 64-lap event around the challenging 10-turn, 1.99-mile road course. It was Drew’s second consecutive victory of the season.

The race had several cautions, including a seven-car pileup at Turn 11 on lap 56 which ultimately forced ARCA officials to end the race on time under caution.

Drew, who started on the pole at the controls of his No. 6 Irwindale Speedway/Lucas Oil Ford, battled with North Carolina racer Landen Lewis in the No. 17 Premier Security Chevrolet and Cole Moore, from Orangevale, Calif., in the No. 99 Adaptive One Chevy for the lead early in the race. Lewis and Moore were eventually collected in a crash after making contact with the No. 91 Toyota of Colby Howard and Drew was able to pull away and remain in the lead.